Αρχική international The US policy is self-defeated, interview with James Petras 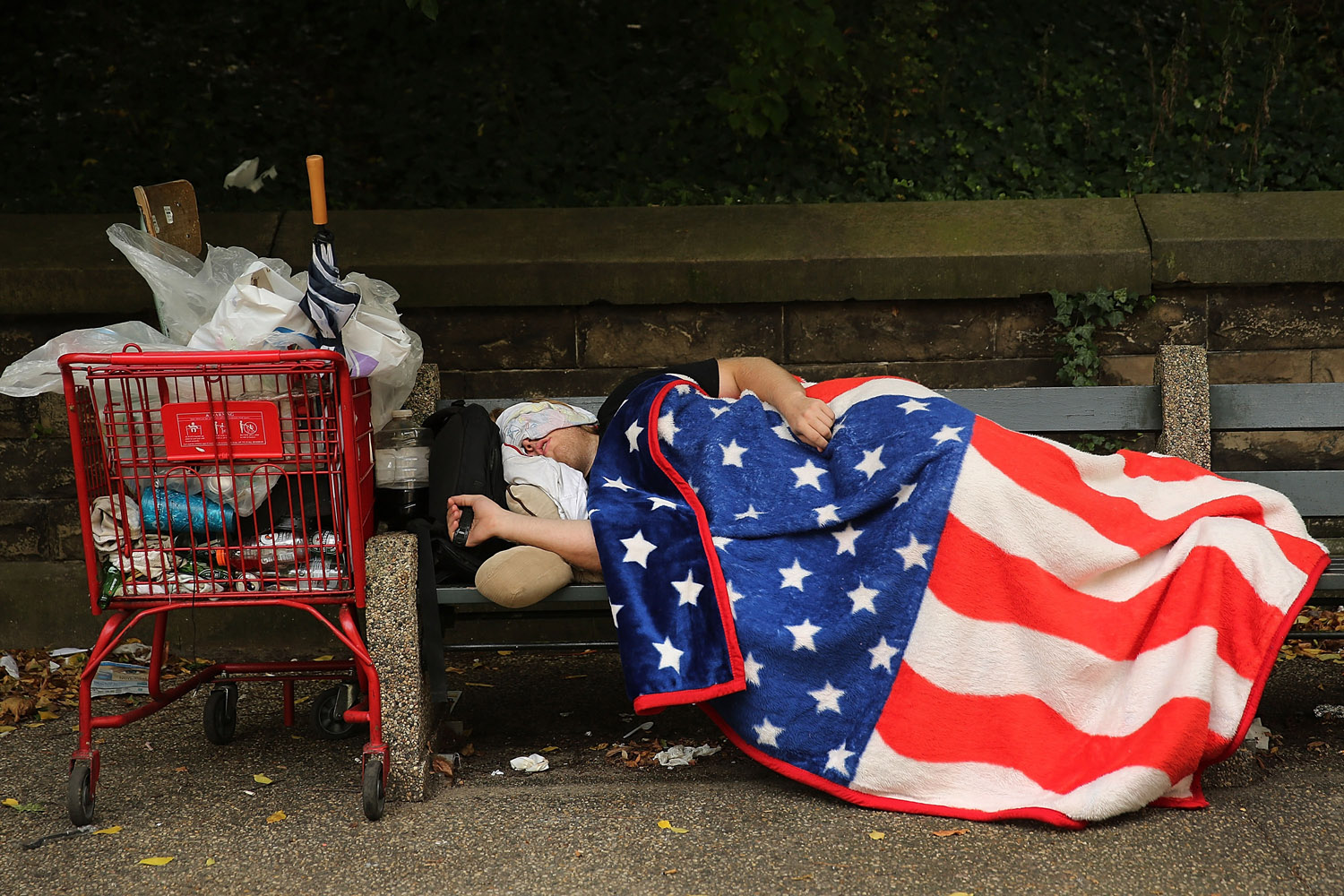 Dromos tis Aristeras has spoken with the American intellectual and writer James Petras on the intensification of the confrontation between US President, Donald Trump, and the main structures of the American establishment, “the deep state” as he says. Under the weight of these pressures, underlines J. Petras, Trump leaves his pre-election promises and he’s increasingly turning to militarism. The targeting of Iran, the emergence of Israel and Saudi Arabia as key allies for the US in the Middle East and war threats against North Korea are a large-scale self-trapping the policy of American president. As empire begins to feel incapable of resolving these problems through threats, the situation may lead to an extreme reaction, Petras points out, highlighting the critical period we live.

Despite the obvious abandonment of major points that were made during the pre-election period by president Trump, we see an escalating confrontation between core mechanisms of the US state and the new president. What’s the depth, the purpose and the aim of these confrontations?
The confrontation of the president Trump extends across the state structures, the FBI, the CIA, the National Security Council and the Justice department and the previous Obama administration has continued in power and see the Trump administration as a target because of his attempts to impose a new social order and to replace the current state with a state which is more in line with his political direction. I think this is a very serious confrontation because it is not simply between Republicans and Democrats it is between the president and what we call “the deep state” here, the prominent institutions of the state which are engaged in an on-going fight. This includes an attempt to purge all of Trump’s cabinet appointments, senior advisors and also ultimately to impeach president Trump, that is to say, “Coup d’état” driving him out of power.
Now the substantive issues are less essential than originally was, under the pressure of the prominent state Trump has lost many of his key appointment, three of them are currently facing political trials which may lead to jail sentences. Secondly the ongoing investigation under the special prosecutor Mr. Miller is looking towards finding a basis for an investigation of president Trump’s inner circle. The original purpose of this was to prevent Trump from developing a new relationship with Russia. The idea was that Trump was going to break sanctions that were introduced by Obama and deepen ties with Russia and perhaps less engagement in Middle East. As a result, Trump retreated and now embraces not only the war policies and the policies against Russia, but he has deepened his support for militarism, it’s a complete turn around reflecting his attempt to block the purge of his government and ultimately to save himself in power. The direction that Trump is moving now is toward consolidating his power on Wall Street as a weapon to fight the state and his tax policies are directed at lowering taxes for the millionaires and eliminating social programs increasing the profits of Wall Street even more than they have and now in other words Trump is using his economic policies now as one of the weapons against his opposition within the state apparatus.

So, we have here a reactionary state fighting a reactionary president over who will rule over the US war policies and who will have the support of Wall Street

The Democratic Party unfortunately doesn’t have any progressive alternatives, they continue to be enemies of Russia and look toward Russia as a stick to hit Trump.
So, we have here a reactionary state fighting a reactionary president over who will rule over the US war policies and who will have the support of Wall Street. In no way is this a progressive struggle because the police apparatus is calling for greater restrictions on the internet, greater restrictions on debates, a greater restriction on policies directed on accommodating and reconciling with Russia so it is a very dangerous situation here in any regard. If the deep state ousts Trump it’s a bad sign for electoral and presidential politics.
If Trump wins we’ll have a very reactionary government that will attack what remains of the welfare state, so it’s a very dramatic situation here with the vast majority of American voters oppose to both sides and they stand spectators having no influence on this debate. The mass media overwhelmingly are with the deep state and Trump only has the support of a limited number of the mass media. And this has dominated the media, everyday they publish some scandal that Trump is involved with, whatever kind it is, political, social, sexual etc. It’s a very low-level debate that doesn’t get at some of the vital issues that people are concerned about.

The choice of Iran as major enemy for the USA in Middle East is accompanied with the recognition of Jerusalem as the capital of Israeli state. Is Trump determined to set a new uncontrollable fire in the Middle East?
I think we have with Trump a complete submission to his son in law, who is a Zionist fanatic married to Trump’s daughter, is a very influential person in the government of Trump and very partisan to taking whatever measures Netanyahu introduces. I think Trump is not aware or not willing to recognize the enormous consequences of his recognition of Jerusalem as the capital of Israel, I think he is completely unrealistic his policies to Iran are also influenced by Netanyahu and has no support among the Asian powers, Russia, China and Europe and even Boeing air company has signed a multibillion dollar agreement, so Trump here in policy toward Iran is essentially a policy of Netanyahu government.

Trump makes positions without understanding the dynamics of the process, he thinks that simply declaring a policy will automatically evoke respect and support for his power, but his power is no longer infallible no longer as overwhelming as it was in the past

Likewise, his recognition of Jerusalem is more expressing Israeli policy and it indicates the tremendous influence that the Israelis have over the US policy based not only in a circle, the pro-Zionist circle in the government, but also their influence in the congress and among the political influentials in Washington. This blindness of Trump is certainly going to explode the Middle East and already has started with major demonstrations not only in Palestine but in the joining countries. Trump makes positions without understanding the dynamics of the process, he thinks that simply declaring a policy will automatically evoke respect and support for his power, but his power is no longer infallible no longer as overwhelming as it was in the past. I think his attempt to impose policy has been a disaster with China, it has led to defeats in Syria, it has led to an explosion in the Middle East, it has alienated certain European governments and one can see that Trump is leading the US down the blind alley of new wars that will weaken the US.
The only problem of Trump is that he has no capacity to create alliances. He has brought together Israel and Saudi Arabia but immediately with his recognition of Jerusalem has alienated even the Saudi Arabians are very reactionary ally of the United States. His policy on Jerusalem has alienated Iraq, it strengthened Iran and strengthened the resistance forces in Syria. So ultimately Trump has become an ally of the anti-Trump forces through his advocacy and subordination to Israel.

The encirclement of Russia continues with major military exercises in Korea and the escalation of the conflict in the Middle East. Can USA support so many high intensity and potentially war conflict fronts?
There’s no question at this direction that Trump has moved toward is a self-defeated one. We have the example of Obama who launched seven wars and seven losses, they are wars that Obama begun, in Iraq has influenced the Iraqis to adopt closer position to Iran. The US intervention is Syria has strengthened Russia and Basar Asad. The US policy toward Libya led to the destruction of a progressive Gaddafi government and has set for the strength of tribal and terrorist organization. These wars have been a disaster, the attempts to pressure North Korea has led the North Koreans to successfully escalate their nuclear capacity.

Now there’s one very dangerous and important issue and that is as Trump loses power as empire begins to feel incapable of resolving these problems through threats and mainly to an extreme reaction including a nuclear confrontation, a nuclear war with North Korea. So, defeats and retreat may lead to extremism.

The policy of militarization has had a negative effect on US policy and indicates that the US is incapable of engaging multiple wars at the same time. As I mentioned the attempt has overextended the US undermined its capacity to form allies and has led to a growing isolation and strengthening of the opposition to US leadership particularly in Europe. I think it’s very clear that Chinese are going ahead with their silk programs and developing ties throughout the world while the US has isolated itself from many integration policies that previously were on the table.
So, one can see very clearly in every dimension that the US has only been able to only forge alliances with a very isolated Israel, a very isolated Saudi Arabia and has not build any formidable capacity within the United States. The majority of the people are not supporting the military policies of Trump and they are very much opposed to the new reactionary tax policy. Here there’s no question that Trump had a major impact favorable to Wall Street, the stock market has exploded upward, the profit margins have increased, so in that sense Trump has been a winner in terms consolidating support among the Wall Street. But one may ask oneself, if Trump is politically weakened, how long will Wall Street support him, once they get the tax law that they are in favor of, who knows if they won’t dump Trump as a costly ally.
So we’re looking at a president who has made a lot of enemies and a few friends, who’s make concessions to Wall Street but alienated his folders, a president who creates enemies with a every speech of his tweets, his tweets have created havoc among his advisors, he hasn’t been able to create a team which works in concert, so it’s been a political disaster and only an economic success for Wall Street and international relations he has been a great creator of hostility and alienation among his supporters. It’s not sustainable for the US to intervene again in Afghanistan increase US troops, because US troops only can function in very few cities, a few military garrisons and has lost control of 80% of the country. So even in Afghanistan, even in Yemen the US is on a very narrow base of support which has no capacity to beacon and consolidate power.
Now there’s one very dangerous and important issue and that is as Trump loses power as empire begins to feel incapable of resolving these problems through threats and mainly to an extreme reaction including a nuclear confrontation, a nuclear war with North Korea. So, defeats and retreat may lead to extremism.