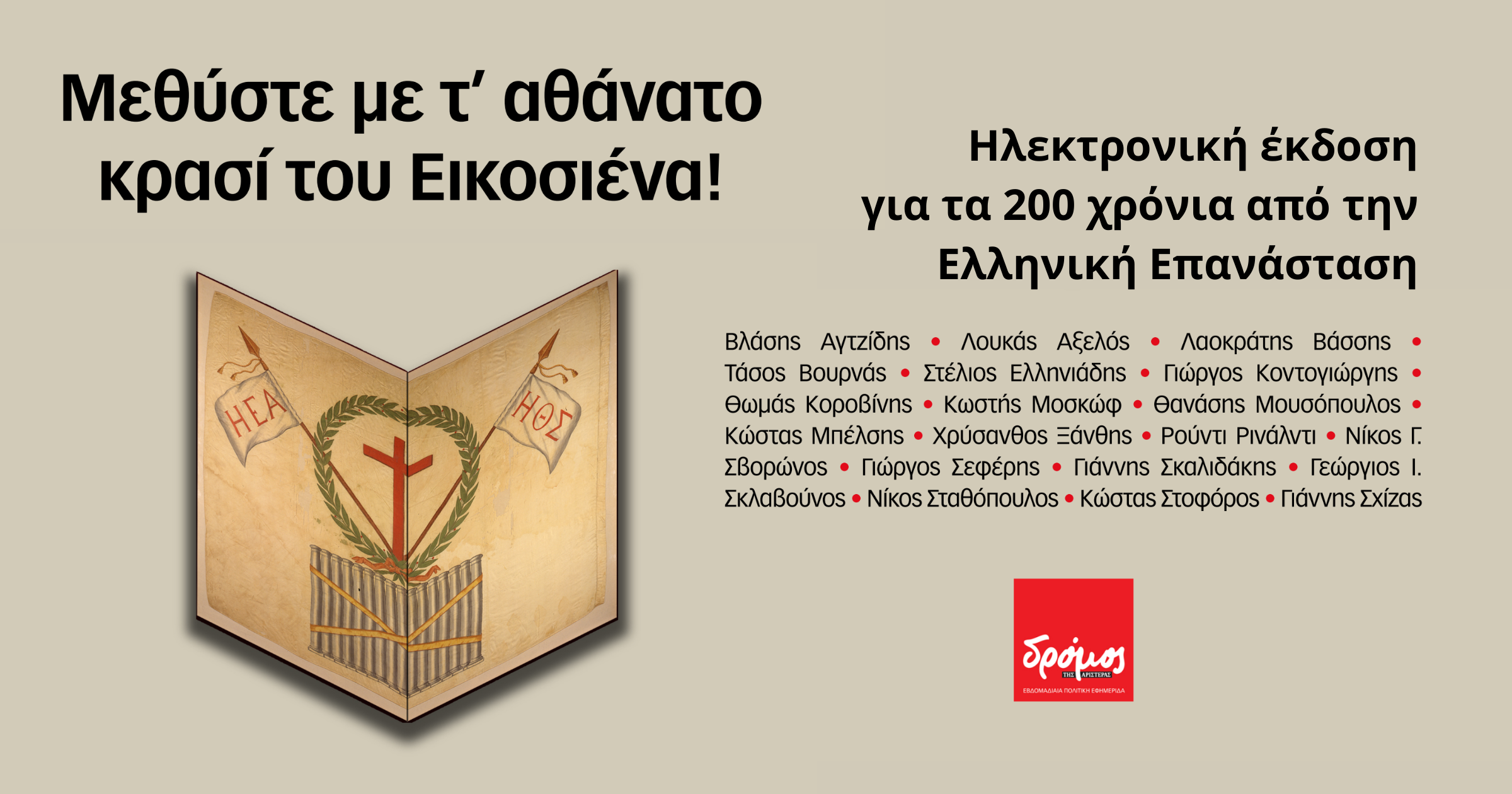 Theoretical “orthodoxy” and the lush reality

Slovenian philosopher Slavoj Zizek, in a recent interview to “Editors’ Newspaper”(Efimerida ton Syntakton) refers extensively to issues regarding the latest political developments in Europe, in the Left, and in Greece, as well as to the perspectives of SYRIZA. However, some commentators reacted vividly to Zizek’s views and tried to… bring him back to order, from the view of a supposed more ”orthodox” Marxist approach.

Professor Alexandros Chryssis’ article – in the same newspaper – was the most typical example of this (“Welcome to the desert of the social-liberalism, Mr. Zizek!”, a heading that reminds the title of one of Zizek’s books). This interview raised further comments inside and outside SYRIZA. For example, an article titled “When Zizek met… Katsifaras” (a PASOK ex-minister) was published at www.iskra.gr. [Translator’s note: a site expressing the opinions of SYRIZA’s “Left Current”]

But let’s see what Zizek said in his interview, causing such strict comments under imaginative titles. First of all, he focuses on the rise of the populist extreme right in whole Europe, while he is worried as he compares it to the stagnation of the Left in Europe, especially in such a period of crisis.

Second, he underlines Greece’s “exemption” and the strong presence of the Left in our country, unlike it happened in other European countries, especially in the Northern ones. Zizek is expressing his worries about the success of SYRIZA’s effort, characteristically saying that, despite been an atheist, he is praying for SYRIZA’s victory.

Third, he assesses that the political division in Europe moves from a socialdemocratic-right wing bipolarization (PASOK-ND in Greece, Labour-Conservatives in the UK, etc.) to a technocratic post-democratic pole that co-exists with a radical extreme right and anti-immigrant pole, which grew through the last European elections. Zizek suggests that, in the future, a co-operation of these two poles may happen, a possibility that he paints in gloomy colors. Moreover, he is very interested in the probability that the Left may attract those sincere and decent political liberals who do not agree with such a gloomy perspective, underlining that “only we (leftists) can save the liberals”.

Fourth, mentioning SYRIZA, Zizek states that it should cope with the problems of the Greek society, such as the democracy’s abolition and the parasitical nature of the state, political and economic system, so that SYRIZA could broaden its influence and not become a mere brief left parenthesis. Developing his argument, Zizek falls in another… mortal sin: he defines this stand as “moderate”, comparing it to a “leftist radical revolution”.

But, if it is the content and the way to approach it that matters and not the words, then a question comes up: How can someone deal with Zizek’s approach? First, someone should detect that Zizek’s thought starts from his effort to perceive the reality and its facts, and not from a need to justify his idea in advance. This should be evaluated as positive, as the opposite approach is frequently met in the ranks of the intelligentsia.

Then, Zizek is highly concerned by the Greek issue and the Left’s course in Greece, which proves to be crucial for the developments in Europe. This should also be evaluated as rather positive, before anyone starts criticizing Zizek for deviating from an “orthodox” analysis that seems to have already resolved the issues of the social change in Greece…

In spite of this, some wipe out this matter, revealing that Zizek’s Left merely does not exist, since it is not enough anticapitalist and “demarcated” (A. Chryssis), while others, even speaking from SYRIZA’s perspective, interpret Zizek’s thoughts as… a call for opening SYRIZA’s “doors” to PASOK.

In fact, examining the difference between the political scenes of Greece and of the European North, Zizek perceives that a great experiment of social destruction and colonization has taken place in the Greek case, while he evaluates the particular parasitical characteristics of the domestic (Greek) political system. In this context, he seems to be concerned about Left’s capability to hegemonize the transformation processes, which are now more than ripe in the Greek society. However, this concern differs enormously from considering that he supports the subordination of the Left to a liberal or social-democratic project, as Zizek’s commentators claim.

So, instead of taking advantage of Zizek’s thoughts and checking if there is anything valuable in them, instead of attempting to examine them deeper, his critics started denouncing him for being… social-liberal, or they argue that the Greek Left has already debated and solved all these issues in the 50s!

Probably, Zizek’s critics fail to perceive the reality that leads to the need not only for the defense of the economic interests of a class, but also for a global way out of the country as a whole. The reasons for their failure to perceive this need is either because it seems “incompatible” with the way they understand the class struggle, or because they do not really care or fuss over a transitional process in Greece, unless such a process is in accordance with their own stereotypes and their “classic” analysis (often in a maldigested version).

This is the heart of the problem, and not the opinion that each one has about the Slovenian philosopher’s analysis. The 21st century provides already enough material for the processes of transition to a different social perspective; however it doesn’t provide recipes for copying. It could have been comforting for someone to think that it is easy to deal with all these matters, for example by talking about a hazy socialist revolution, or referring more or less to a Commune of Paris’ or an October’s copy – as has A. Chryssis done in the past. Whoever does this, however, should be able to indicate the subject of this “return to the past”, or the processes of the subject’s formation.

Luckily or not, reality is lusher, richer. Greece’s transition and way out of the present catastrophic situation will have to confront incredibly difficult but real problems. Nowadays, radical and left is whatever paves the way towards such processes. Whoever has, in theoretical terms, anything to contribute to these processes, should go for it. He should suggest solutions for such a transitional program, and propose by whom, and how, it can be materialized. Otherwise, there is always the “easy” road of… vigilance against any deviation. This road, which is indeed easy but also not at all productive, has been followed by scores of “theoreticians” in the past. Theoreticians who graduated from “orthodox” faculties but had a rather dubious course and conclusion…

Here you can see the greek text